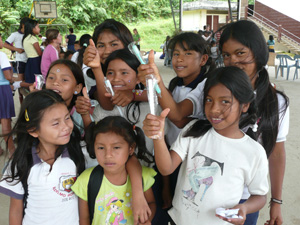 Act with kindness, but do not expect gratitude.
- Confucius

Kindness in Action began innocently in 1993, over a cup of tea at a kitchen table. When founder, Dr. Amil Shapka of St. Paul, Alberta, wrote a cheque with his mouth, offering to help the poor of Honduras, a friend doing development work there at the time cashed it. A dental team of four was the result. The sincerity, warmth, and gratitude of the campesinos would touch and change them all, inspiring them to return annually.

From that simple beginning, Kindness in Action would develop a life of its own, growing into an organization with over two hundred volunteers working on weekly projects in seven countries.

In the early years before Kindness in Action was officially incorporated, we struggled with a label that would capture the spirit of exactly who we were and what it was we are doing. Out of the sweaty, suctionless and often blood stained crucible of the makeshift Honduran dental clinic, the "Escoupa Groupa" was born: "escoupa" being the Spanish word for spit. For many of our veterans, the phrase holds a special place in their hearts, a reminder of our humble beginnings, friends made and the goodness of being alive and able to serve. 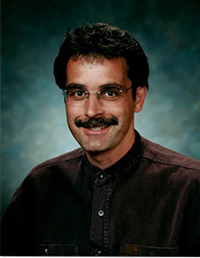 I graduated from the Faculty of Medicine at the University of Calgary in 1981, and went on to complete a Family Medicine Residency at the Royal Alexandra Hospital in Edmonton. I practiced in rural Alberta for three years, before being shown the light by my dentist younger brother. In 1986 I hung up my stethoscope and sharpened my crayons, returning to dental school and then graduating from the U of A with the colorful class of 1990. I would return to my rural roots, setting up in St. Paul to live happily ever after. I have served terms as the president of the NEADDS and a director of the Alberta Dental Association. My interests in travel, service and spirituality would merge inn 1993, when I had an opportunity to participate in a humanitarian dental project in Honduras. This would be the seeds of Kindness In Action, of which I would be the founder and active board member for over 20 years.

For more information about Kindness in Action, you can contact the organization by email, mail, or online. We look forward to hearing from you!